Colonel (Retired) Chris Wynder is a graduate of Florida A&M University where he earned a Bachelor’s Degree in Criminal Justice in 1992. He holds a Master’s Degree in Public Administration from Troy University and is a graduate of the FBI National Academy.
Colonel Wynder's assignment history took him around the world in positions of increasing responsibility in the areas of law enforcement, security, and force protection that included combat tours in Iraq and Afghanistan. He commanded a Military Police Battalion in Guantanamo Bay Cuba, while leading over 800 soldiers conducting a strategically sensitive detainee operations mission in support of the Global War on Terrorism. He served as the Director of Assignments and Professional Development for over 2,000 active duty Military Police Branch Officers and was the Senior Law Enforcement Officer and Advisor to the Commanding General of United States Forces Korea. Colonel Wynder’s final active duty assignment was Senior Advisor to the Commanding General of U.S. Army Installation Management Command for all matters related to Law Enforcement, Security, and Fire & Emergency Services for 82 Army installations worldwide. Colonel Wynder is a graduate of the Federal Bureau of Investigation National Academy as well as the Army War College Fellowship Program.
Colonel Wynder received numerous military awards and decorations to include the Defense Superior Service Medal, Legion of Merit (2nd Award), Bronze Star Medal, and Meritorious Service Medal.  He is the recipient of the Military Police Corps Order of the Marechaussee in Silver and is a Department of Defense Black History Month Award Honoree in the Department of the Army Category.
After his military retirement in July 2019, Colonel Wynder joined the Pleasanton High School Faculty so he could continue to live his watchword, "service" while being a bridge builder for our next generation of leaders. He is a true “Soldier for Life,” still serving and shaping the lives of young people every day by teaching positive life skills, citizenship, and leadership in our JROTC Program. 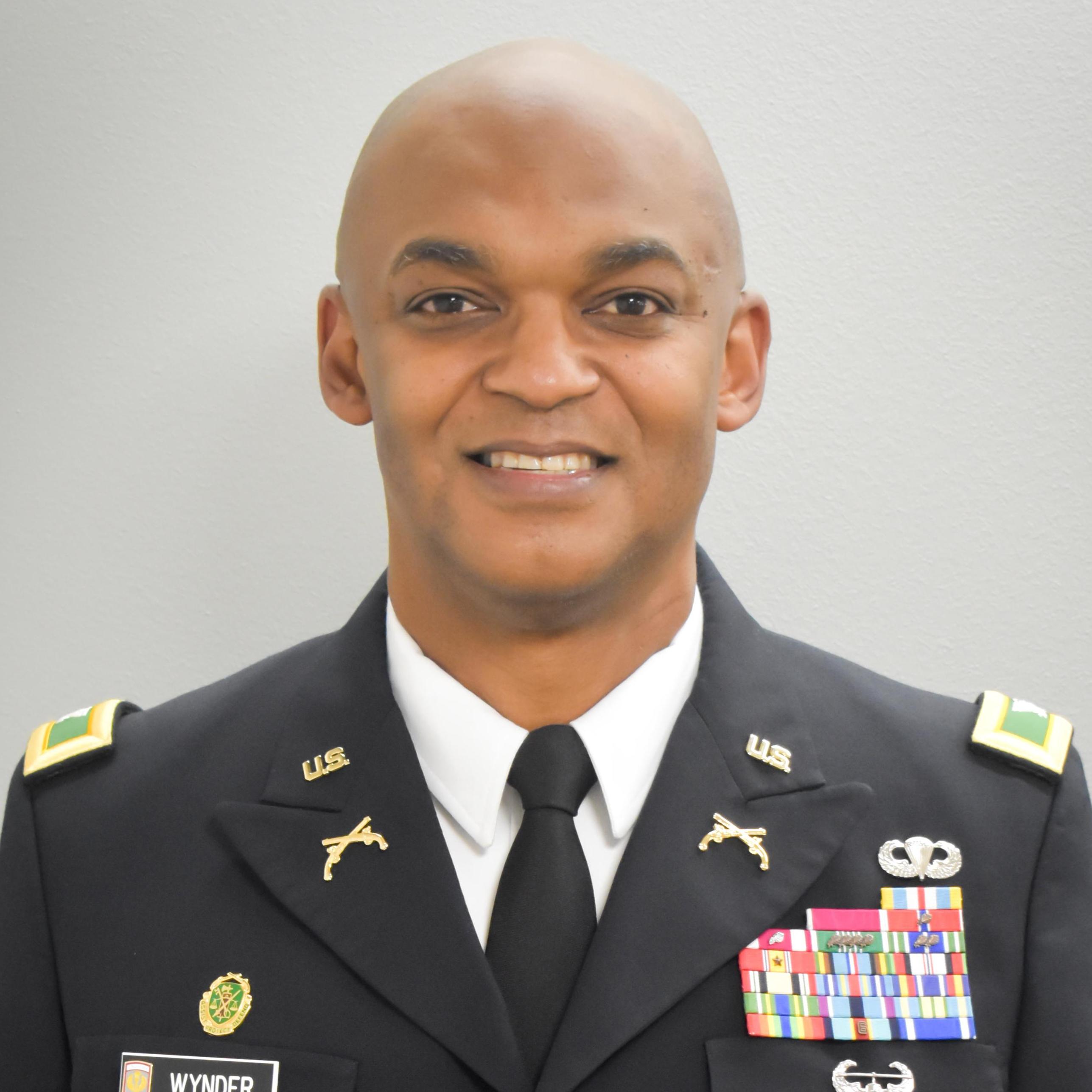